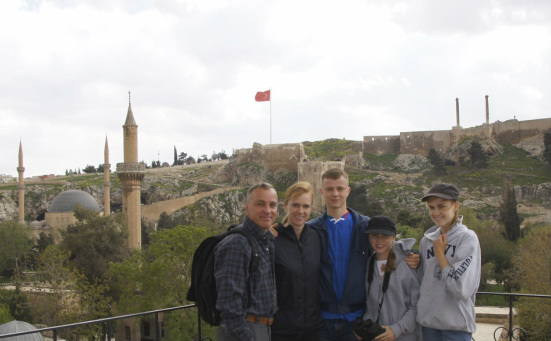 Both Stef and I (Doug) are retired Naval Officers, both graduates of the Naval Academy (1985) and the Naval Postgraduate School.
I was born in Cleveland Heights Ohio, received a degree in Naval Architecture, and  post-grad degrees in Engineering Acoustics and Applied Systems.  Following command of a helicopter squadron, I did my final Navy tour traveling Europe as the Navy's"European Engagement Officer" conducting staff talks and coordinating Navy-Navy events.
Stef is a Montana native, from the booming metropolis of Big Sandy.  She was an English major at USNA and received a post-grad degree in  something I didn't understand and don't remember.   She did tours in Intelligence, and many tours as Executive Assistant to numerous Flag Officers.
Shannon is a Navy Surface Warfare Officer stained in Mayport. Charles  attends the Naval Academy at Annapolis.
Grace is in the Nursing program at Jacksonville University.